Just a quick update on the Fall City project. Got the Inner buildings feeling good and now planning out the rest. Also went with a stary sky, in a more realistic style. I think It compliments the style. Also a red sky for some kind of funky effect, maybe a fight scene. 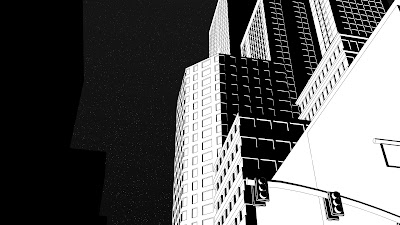 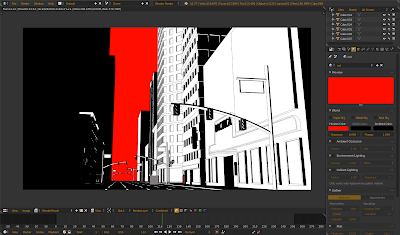 While I'm working on my other projects I need a break from time to time or I'll burn out. I do admittedly have too many 'projects' on the go but my focus still remains on Odessa and a few others. One mini project that has got me exited however is Fall City (working title). A 2D Animation effect in the style of Sin City. In fact you could guess that Frank Miller has influenced me a lot in the style I'm going for. 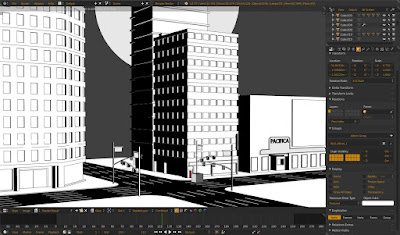 As you can see I'm definitely going for a 2D effect with a black and white ink style. Visually it will look like Sin City but the tone will be closer to Watchmen, another favorite film of mine, nice and gritty :)

So far everything is early, in fact what you see there is what I have. I'm planning on making lots of building models in blender to form a city. I won't be seeding them in a particle system like Andrew Price's tutorial for two reasons. Firstly I want to make a 'real city' where everything is laid out where it makes sense, a real down town, shopping district, park areas. Secondly I down want it to be random and 'generated'. Normally this wouldn't be a problem but as I'm going for a 2D animation effect then a lot of the background is going to be in the spotlight often.

It's going to be a pain in the backside to model the buildings but as I'm doing more and more I'm getting faster and eventually taking a model and splitting it into variations will quickly bump up the amount of assets available. 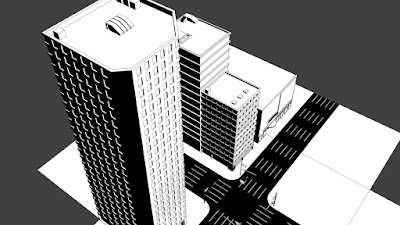 There's a lot to figure out, getting to the characters will be interesting. Modeling human forms is not my forte, I'm much more used to hard surface assets but I'm willing to stick with this one as the story is already advanced in my head :)
Posted by Karribu at 13:49 No comments: 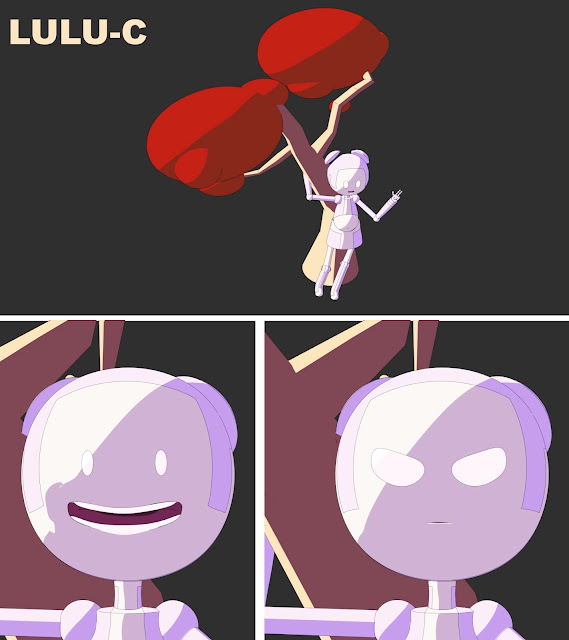 Well, here's a glimpse of the first character who is more or less ready for one of my projects called "Find The Humans" although I'm pretty sure that title will change.
Posted by Karribu at 14:41 No comments: