I decided to take the new project away from the black and white images I posted before. While I liked them, especially for a 2D comic they proved a little limiting when applying it to an animation. There was just such a loss of detail say when a character who was already cast in shadow, standing in an alleyway...cast in shadow. I tried messing around with colour variants and while I'm still not happy with the colour palette just yet, I am more happy with the general tone. 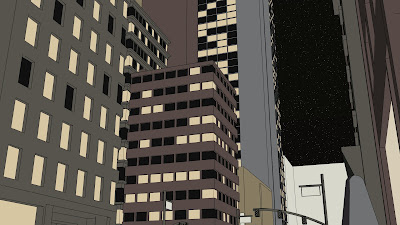 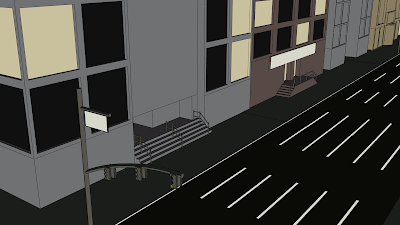 Obviously still early days yet, I'm thinking of sticking to the de-saturated colors. I'm rather fond of the Jin-Roh palette. The artist Bengal's colouring has always made me want to try something similar and I think this is the project I'm going to do it!
Posted by Karribu at 14:00